Following Jeremy Corbyn’s meteoric (although, in another sense, very slow) rise to become leader of the Labour party, there has been much debate over his ‘authenticity’.

It’s unsurprising that Corbyn has been praised for being a more authentic politician. Corbyn appears to be an ‘ordinary outsider’, as whilst he has been an MP for more than 30 years he has never previously held a cabinet or shadow cabinet position and has been the most rebellious Labour MP. His political persona is a stark contrast to that of slick old Etonian David Cameron. While van Zoonen argues that each type of political performance (she proposes a typology with four categories) has its flaws, she also suggests that the success of these performances depends on the political context, with people preferring political personalities that contrast with their opponents and predecessors.[1] Corbyn also does well on another suggested measure of authenticity: consistency.[2] He stood to be Labour leader on a platform based on values and policies he has campaigned for for decades.

But authenticity is a battleground: whilst those who support Corbyn praise his consistency and contrasting style to Cameron, his opponents have sought to find inconsistencies not only within Corbyn’s long public political history, but also perceived inconsistencies between Corbyn’s persona and what a political leader ‘should’ be like. In the process, they betray their perceptions of what sort of person is qualified for the top job.

We’ve already seen several of Corbyn’s political opinions used to deem him ‘unsuitable’ for the role of prime minister or even leader of the opposition, such as his opposition to trident and his belief that the UK should be a republic. But personal traits have (unsurprisingly) also been used to imply that Corbyn is not leadership material, such as his age, his ‘scruffy’ appearance, and the fact that he rarely drinks alcohol and doesn’t eat meat.

A Huffington Post blog joked that to endear himself to the right wing press Corbyn should, amongst other behavioural changes, eat some meat.[3] The right wing press have certainly noticed Corbyn’s eating habits; his vegetarianism has been mentioned frequently in negative pieces about the new Labour leader’s personality, history, and beliefs. Fox News delighted in calling Corbyn a ‘bearded vegetarian socialist’[4], but references to his vegetarianism are usually more subtly inserted into long lists of personal traits that mark Corbyn as too weird to be prime minister.

But why is being a vegetarian used, alongside other traits and opinions, to portray Corbyn as ‘other’? Why is vegetarianism perceived as incompatible with leadership?

To me, this is indicative of old-fashioned ideas that still pervade the ideal of what a leader ‘should’ be like. His vegetarianism is deemed relevant because it adds to the image of Corbyn as someone who challenges the status quo and therefore, to his opponents, someone who is dangerous. It is often mentioned alongside Corbyn’s pacifism, his long-standing opposition to nuclear weapons, and his supposed sympathy for terrorist organisations. Vegetarians, clearly, cannot be trusted. 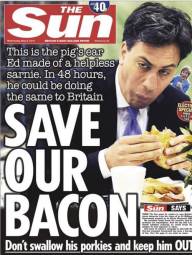 Vegetarianism is also considered by some to be ‘unbritish’. It doesn’t help that while our national identity is vague, our ‘national dishes’ are meaty. How can you be British if you don’t eat roast dinners, fish and chips, or chicken tikka masala?  A Telegraph writer living in Henley-on-Thames suggested that Russell Brand, also vegetarian, would struggle to move there because unlike (multicultural) Hackney, in (pale and stale) Henley ‘it is nigh-on a crime not to serve meat and two veg for dinner’.[5]

I also think, bear with me, that to imply that vegetarianism is incompatible with leadership is to betray a sexist perception of what the ideal leader is like. The idea that leaders should be masculine includes, as media repeatedly noting Corbyn’s deviation demonstrates, that they should eat meat. British leaders ‘should’ eat meat to demonstrate that they are both masculine enough and British enough. When was the last time you ate a Cornish pasty? Can you eat a bacon sandwich properly? How are your barbeque management skills?

Ed Miliband was ridiculed for not being able to eat a bacon sandwich ‘properly’, as if he’d failed a manliness test (what’s more interesting than him declaring ‘hell yes I’m tough enough’ during the campaign is the fact that Paxman asked him whether he was in the first place). Corbyn’s vegetarianism is used as yet another way to paint him as ‘other’, not an authentic potential Prime Minister when the role of Prime Minister is still perceived as something for overtly patriotic, stereotypically masculine men.

Of course, this ridiculing of Corbyn’s vegetarianism, as well as other personal traits, may also stem from fear; fear that Corbyn wants to enact policies that threaten the lifestyles of the privileged. In this case, were Corbyn to actually become Prime Minister he could well be the first to acknowledge that we can’t solve the climate crisis unless we eat less meat.

It will be interesting to see whether the Conservative-supporting press continue to imply that Corbyn, who became a vegetarian aged 20 after seeing cruelty on a pig farm,[6] has a strange relationship with animals, considering the rumours about what David Cameron did at a similar age.[7]

[2] See Sarah Banet-Weiser (2012). AuthenticTM: The Politics of Ambivalence in a Brand Culture. And Alice Marwick and danah boyd (2011). To See and Be Seen: Celebrity Practice on Twitter. Convergence 17 (2).

When an image emerged on Twitter of Ed Miliband leaving Russell Brand’s apartment, speculation abounded that Brand could be about to endorse Labour. Having spent this year writing a case study on Russell Brand’s involvement in housing campaigns, I told everyone who asked that there was no way that Brand would ever endorse the Labour party. Then, this happened.

Having released most of the ‘Milibrand interview’ on April 29th, to mixed reactions, Brand suddenly announced that more ‘unseen footage’ would be uploaded 3 days before polling day. In this Trews, which has been viewed over 800,000 times, Brand shows ‘the part of the interview that I found most encouraging’, where they discuss the ideal of politics as community-led. Brand then concluded, ‘David Cameron might think I’m a joke, but I don’t think there’s anything funny about what the Conservative party have been doing to this country, and we have to stop them. So my view is this: If you’re Scottish, you don’t need an English person telling you what to do, you know what you’re gonna be doing. If you’re in Brighton, I think it would be a travesty if we lost the voice of Caroline Lucas in Westminster. But anywhere else, you’ve gotta vote Labour, you’ve gotta get the Conservative party out of government in this country so that we can begin community-led activism’.

Unsurprisingly, this got people talking. Some conservative-supporting papers speculated that Brand’s support would be damaging for Labour, criticising Miliband for ‘going to’ Brand.  I would argue, however, that Brand was taking the bigger risk in (temporarily) backing Labour. The risk to Brand was, of course, not an electoral one, but the possibility that his supporters might not back his decision. Whilst many articles mocked Brand as a ‘hypocrite’ for making a ‘U-turn’ on his (often oversimplified) anti-voting stance, I saw many more Trews viewers and Brand fans objecting to his ‘you’ve gotta vote Labour’ statement because they had already decided to vote for the Green party.

This is unsurprising; as I discussed in a previous post, Brand agrees with the Greens on almost everything, and has worked with Lucas on drug-reform campaigns. Brand also interviewed Caroline Lucas and Natalie Bennett, describing Lucas as a ‘lovely human being, the very kind of person you want making political decisions’, and encouraging those living in Brighton Pavilion to vote for her. Brand stopped short of endorsing the Green party as a whole, however, because whilst he agrees with many of their policies, ‘unless there’s considerable, massive electoral reform in our country, the Green party cannot impose those politics’.

Not everyone accepted an endorsement for the Labour party from the man who has been calling for revolution. The administrator of one fan group on Facebook, which has over 4000 members, announced that she would close the group (which had become, for many, a place to express support for the Greens), as she felt disappointed and mislead. Whilst members of the group talked her out of this, she was far from alone in her disappointment. Across Twitter, Facebook groups and pages and YouTube comments, there was much debate over whether the endorsement was a realistic assessment of the election, or a hypocritical betrayal of Brand’s ideals. 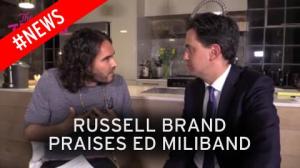 Having initially been shocked to see Brand back Labour, his motivations became much clearer and, in my opinion more relatable, after he posted a long piece explaining that he and the Trews team had actually decided to back Labour before the ‘Milibrand’ interview. His election day edition of The Trews also addressed the ‘often vicious’ comments he’d received following the endorsement. Brand explained that his opinion that it didn’t matter who won the election was chipped away at by the stories of those close to him, for whom Conservative welfare policies would cause missed opportunities and misery. ‘Ultimately what I feel, is that by not removing the Tories, through an unwillingness to participate in the “masquerade of democracy”, I was implicitly expecting the most vulnerable people in society to pay the price on my behalf while I pondered alternatives in luxury’. Ultimately, Brand concluded that whilst it was a poor choice, it would be easier to push for more meaningful change under a Labour-led government than a Conservative one.

Whilst many continued to criticise Brand, a greater proportion of commenters were now understanding of his opinion, even if they didn’t share it. Brand’s statement that ‘the gap between left and right is too small, but millions of people live or die in that gap’ reminded me of plenty of comments I’d seen from undecided left-wing voters who ultimately, begrudgingly, decided to vote Labour.

The election did not go the way that Brand wanted. This caused him to reflect on the endorsement, but also more broadly on his power compared to that of the Tory press, lamenting that ‘the old media, the establishment, is a powerful thing’. His regret was not so much endorsing Miliband, but that his endorsement seemingly made no difference. It may be true that Brand overestimated his influence or, even more likely, miscalculated his audience; of those who follow him, who are British adults and who were registered, there may have been some potential non-voters or Green voters who could be convinced to grit their teeth and vote Labour, but without the ability to influence anyone thinking of voting Conservative this surely is not enough. But he should not be so quick to wave the white flag in his war with The Sun; as Amy Smith pointed out in our joint blog post, they were all too quick to claim victory in ‘the phony war between traditional and newer media’.

Despite many reporting Brand’s comments as his ‘resignation from politics’, whilst I doubt he’ll throw his weight behind a party again he made it clear that he would continue to back community campaigns, where Brand has already proven he can make a difference. In a way, Miliband and Labour not getting into office may be a dodged bullet for Brand, who will not have to spend the next 5 years responding to every Labour government cut, or the renewal of trident, with ‘but I didn’t fully back Labour’. Still, having spent 18 months defending their favourite radical comedian from criticism of his ‘anti-voting’ statements, some of his fans may not be quick to forget the outcome of #Milibrand. 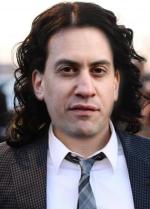 From http://www.thenorthernecho.co.uk
I am truly sorry.